The ravage of Cyclone Oswald in January 2013 is not only a testimony to Queensland’s community resilience, but a relentless reminder that our greatest shield against Mother Nature’s onslaught is preparedness and dependable structures and shelter systems to protect ourselves and our prized possessions.

END_OF_DOCUMENT_TOKEN_TO_BE_REPLACED

Australian Defence Force (ADF) needed to urgently establish an anti-terror response unit close to Sydney city. Richmond RAAF base was chosen as the initial site for the Blackhawk helicopters to be stationed.

Allshelter was commissioned to rapidly design, manufacture and install 3 Container Mounted Hangars at the base. Allshelter designed the hangars to use the shipping containers as the supporting base and large water drums as ballast inside them so that no foundations or tie-downs were needed.

Allshelter completed design, manufacture & install all within a in a couple of weeks.

ADF ordered, another 9 Shelters to be installed at the Holsworthy Army base. The 3 shelters from Richmond RAAF base were relocated, to make a total of 12 container dome shelters on base.

After a period of time when large, custom steel sheds were installed at Holsworthy, the Allshelter fabric shelters were dismantled.

Some of the container shelters that ADF had in storage were shipped to Dili East Timor. Since this further deployment Allshelter was contracted to retro-fit rear Endwalls with Curtains, and large front Sliding Doors.

END_OF_DOCUMENT_TOKEN_TO_BE_REPLACED 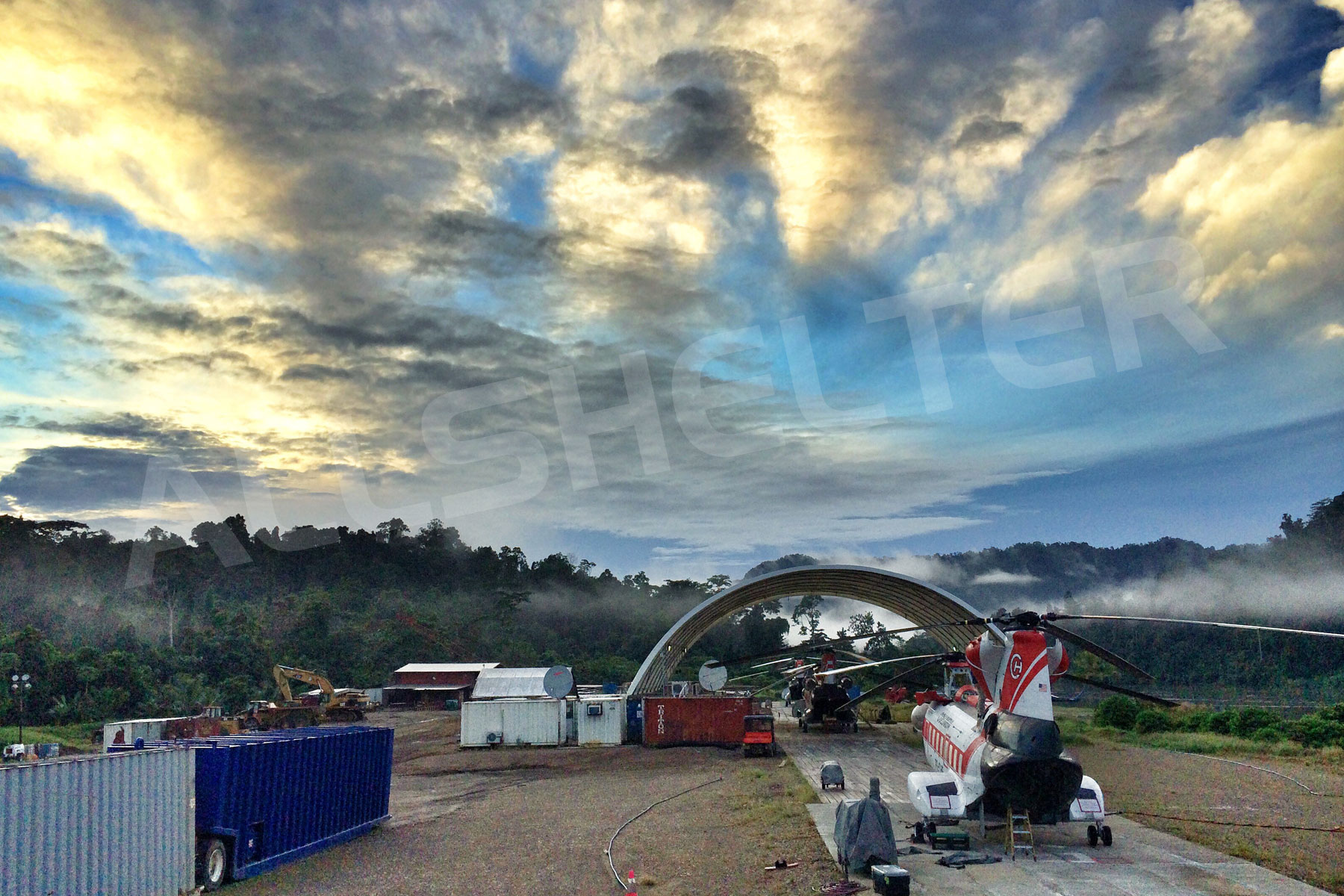 END_OF_DOCUMENT_TOKEN_TO_BE_REPLACED

Beating the clock: Allshelter provides a tailored solution to protect an $8 million dollar helicopter at the award winning gladstone airport

GET A FREE QUOTE