McArthur River mine is a world-class zinc-lead mine - one of the world's largest zinc resource. Situated in the Gulf of Carpentaria, the mine is an important part of the Northern Territory's resources history.

However another feature of the Northern Territory is the weather conditions - expecially during the wet season. This region is prone to tropical cyclones (also known as hurricanes and typhoons) and these cyclones can last anywhere from a few days to a few weeks. 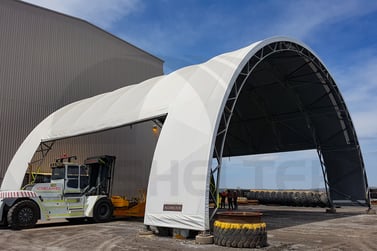 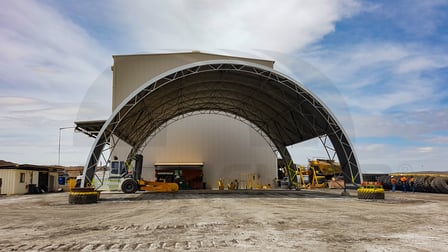 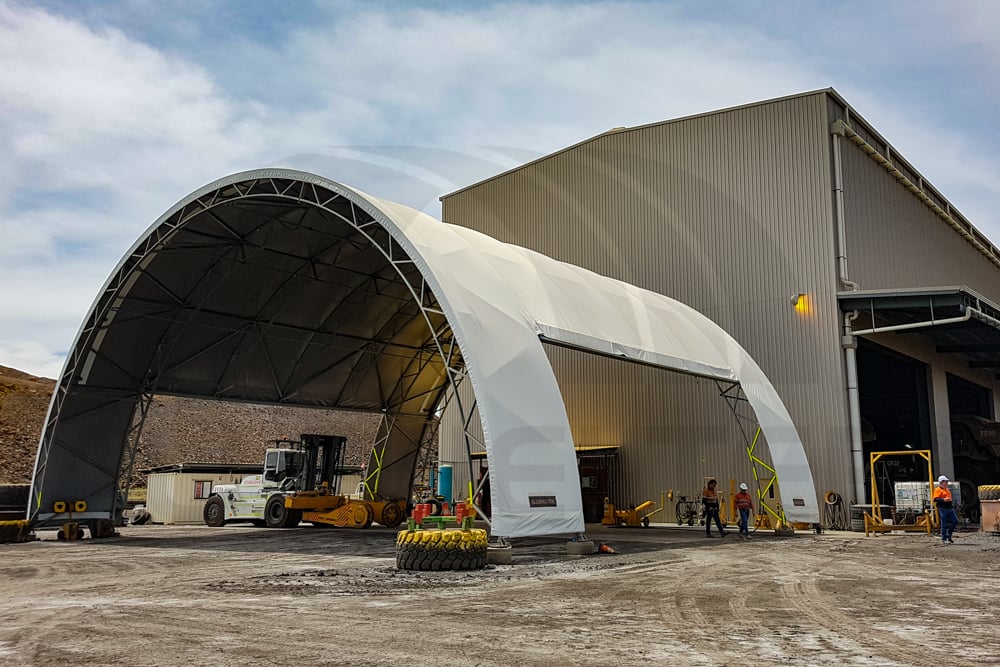 Glencore McArthur River Mine were in need of a cover to their tyre change bay area to protect workers from extreme heat and the wet weather. The average temperature at the mine site is around 30.0 degrees celsius, although maximum temperatures can be up to 44.0 degrees celsius. Rainfall here averages 719mm per annum, although up to 200mm can be received in one day. Certainly a need to keep people and machinery out of the weather and protected from the heat!

Allshelter needed to provide a Free-Span shelter approximately 21m x 18m, suited to the wind region. The shelter also needed to be designed to suit an existing concrete slab, an existing shed and the existing tyre-change equipment. The covered area was to be used for changing tyres on the large mining machinery and fitting chains on the large loaders.

Another feature that needed to be considered was access. Allshelter needed to design openings in the side of the shelters so that the shelter could be accessed from the sides.

The shelter provided by Allshelter was the best solution for Glencore McArthur River Mine - why?

The team at Glencore McArthur River Mine were extremely satisifed with, and thankful for the tyre change shelter. Allshelter visited the site after install, and learnt that since installation, the new shelter had helped in a number of areas:

The daily grind at Glencore McArthur River Mine couldn't be better!

Interested to know how Allshelter can help you with a weather protection solution for your mine site? 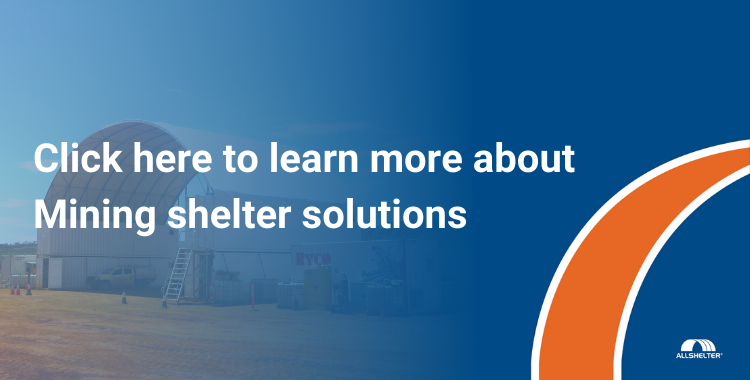